The Church of St. Peter and St. Paul (ABBASIYA)

This church is popularly KNOWN AS AL-BUTRUSIYA because it was built in 1911 over the tomb of Boutros Ghali, the first and last Coptic prime minister of Egypt, who was assassinated by Muslim fundamentalists in 1910. It is situated in Ramses Street near the new Cathedral of St. Mark at Abbasiya. Antoine Lasciac, the former chief architect of the khedivial mansions, was responsible for its construction. The church, built of dressed stone, measures 28 meters long and 17 meters wide. It was built in the traditional basilican style with a central nave and two aisles separated by a row of marble columns on each side. The Italian painter Primo Panciroli spent five years decorating the church with beautiful paintings representing episodes of Christ’s cycle, and apostles and saints. The church boasts a remarkable mosaic of the Baptism, before which stands a graceful white marble baptismal font resting on four pillars.

To the north of the sanctuary there is a flight of steps that leads down to the tomb of Boutros Ghali. The sarcophagus that contains his remains rests upon a black granite base. The last words of Boutros Ghali, “God knows that I have done no harm to my country,” are inscribed in Arabic and French on its southern and northern sides. 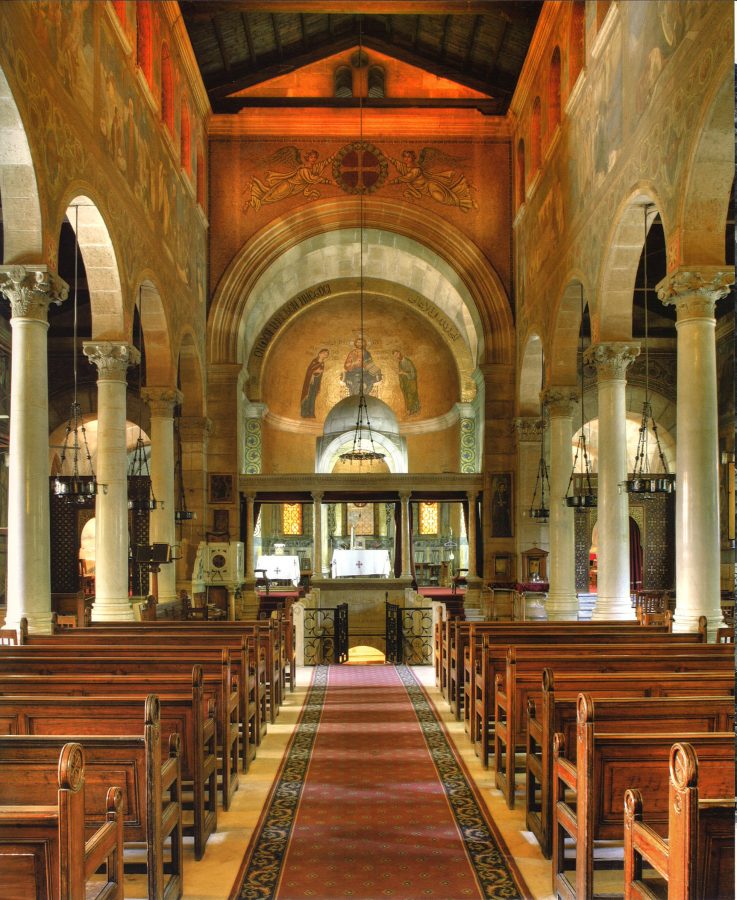